Leanne Mai-ly Hilgart started out in ethical fashion at the age of ten, when she sold her first t-shirt design: Being Cruel isn’t Cool. “That was the year I lost all my friends,” she says. “All I was interested in was animal rights and social justice. No one understood why I cared so much about letter writing campaigns and not MTV.”

In high school Hilgart led a campaign against mandatory dissection when she discovered they were using cats at her school. “Nobody knew how they were getting the cats,” she says. “I went to my school board, and we ended up writing a bill into law, requiring alternatives for all students.”

Hilgart describes all her accomplishments with the same casual, matter of fact tone—as if every child and teenager is aware of their own immense, individual power to elicit change in the world around them. Before she decided to launch a startup, Hilgart was a model signed with Ford, before that she was working toward a degree in education administration. None of these careers fit her just right, but all of them hit on at least one aspect of her personality. It’s wasn’t until Hilgart entered DePaul’s MBA program on a full ride that she started to piece together a career that fit all her talents and challenged her to develop new skills.

“Basically, I think when you’re six, you’re sort of your ideal self,” she says. “And when I was six I loved animals, making art, and talking to new people. That’s basically what I do now.” Hilgart was generous enough to take the time to sit down with us in a coffee shop in lower Manhattan last week, where we talked about launching without funding, creating a loyal customer base, and why her coats aren’t just for vegans.

Why this? What made you decide to make coats?

It was while I was doing a marketing internship at Sittercity that I realized entrepreneurship is an ideal vehicle for activism. Every business—whether it intends to or not—is affecting the world. You use renewable resources or non-renewable resources. Each decision creates positive change or furthers negative effects. If I could create a system where I could optimizes everyday decisions, create positive change in these small acts, that could be the best form of activism. But I wasn’t going to do something that’s been done before. I wouldn’t call myself the best designer, but I am a problem solver.

I looked at the industry and I realized there wasn’t a coat out there that was warm enough for a below-freezing winter, that was also ethical—by that I mean eco-conscious, vegan, and produced by workers who are paid fairly and treated fairly.

If I could create something that was ethical but also hit the same price point as other coats, we could reach a huge market. Then I could do my real work, which is to remind people that we can make small choices every day that impact the world.

How did you go about validating the idea?

When I was getting my MBA, I was always working on business plans and entering competitions, but nobody really understood my ideas. I would go to a business competition and I would make it to the final stage and then one of the judges would say, “I love your idea, but no one else understands it. So explain it to them.” I saw this over and over again.

I was constantly asked to dilute my idea or compare my plan to an existing business as way to bring it to a more generic, obvious concept. But the thing is, every good thing I’ve done in my life, I’ve done without asking for permission, without asking for approval. It’s taken me a long time to realize that I have to do the first part on my own, prove the idea. It’s only then that others will understand and help will show up.

So you just started without asking for help?

How did you fund the first season?

Then, in July, a friend of mine posted on her blog about us and someone responded with a question about how to pre-order. It’s 100 degree weather outside, these coats are a few hundred dollars, and nobody knows me or has even seen the fabric…

So I spent the next thirty-six hours putting up a preorder system with my web guys. We had our entire first production run funded from these pre-orders, at the deepest depths of the recession, in the middle of the summer! It was exhilarating.

That first season had only three returns, out of hundreds. And all three were because the extra small was too big for these three customers.

How do you foster such a loyal customer base?

Part of the reason we’re called “Vaute” is because we want customers to have part ownership of the company, to actually know they get a vote. In the early days we did a competition, we had artists from around the world each illustrate three designs and had people weigh in on which version of the design they wanted most. And this is before Kickstarter and Indiegogo were really popular.

We still like voting on designs and colors. And we’re very honest with our customers. We had one black coat that came out dark green. But we told our customers the truth and asked them what they wanted to do about it. I think that’s the key.

Being self-funded is a constant challenge, because you have to face cash flow gaps. We have a lot of overhead a very long production cycle. Making textiles takes months. At a normal fashion label, they get funding from their wholesale orders way ahead a of time.

Another big obstacle is that we do everything from scratch—we’re not using fabrics that are already out there. It’s a choice that differentiates us. And any challenge that differentiates you is actually a competitive advantage because no one else is willing to put themselves through that. If you want to disrupt an industry, you have no choice but to go through the blood, sweat, and tears.

You’re direct to consumer today. Do you have any retail partnerships in the works?

The short answer is, “Probably not.” I won’t say, “Never,” but my purpose is to inspire people, empower them. Wholesale takes away that direct contact with the customer.

As we grow we’ll be growing our storefront locations, which are more like brand presences. We do a lot of non-profit collaborations—like we’ll have an adopt a dog event in the store. We’re expanding to Canada in the near-term, and long-term we’re exploring Europe and Asia.

Do you have any advice for new entrepreneurs?

Tons. Too much. First, momentum is everything. It’s so important to just get started. And again, do not ask for approval, do not dilute your idea if no one gets it.

Second, taking care of yourself is everything. It’s really hard. Entrepreneurs think they’re invincible. I do it too, and it’s almost killed me a couple of times. That’s a double edge sword, because if you think you can do anything, you can, but in the process it could also kill you.

Third, you should only be an entrepreneur if you think that is the only thing you can do. If what you are is a creator, go out and create things. And if you aren’t aching to create something, and you aren’t willing to do anything to make it happen, get a job doing something else.

And last, I’d say be open and honest with your customers. Always. No compromises. They’ll respond with loyalty. Word-of-mouth is the only advertisement we’ve ever needed. 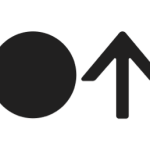